where it comes from 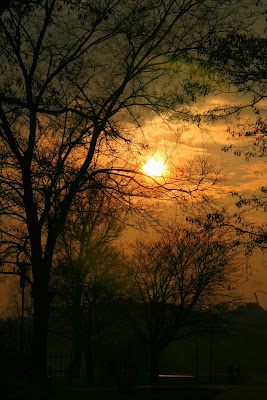 What "real" poets do i read ... whatever happens to be available. Most of my books are still in boxes, having not yet gotten round to replacing bookcases and such that were flooded in Ike and had to be taken out. The sheet rock is all replaced but not painted and until that happens, probably no bookcases and therefore no books ... too many boxes to dig through and no idea what is where. I did pick up a book of Robert Penn Warren the other day at the resale shop ... it's all they had. M wanted to read Auden so I gave her Bukowski instead. She's had it for a good week now, likes it. Usually she says Emily Dickinson is her favorite ... she's ok, Dickinson that is.

Kafka. I wonder if I could write like Kafka if I rented the same little blue house he rented in Prague with his sister, a respite from his work as an insurance company lawyer? 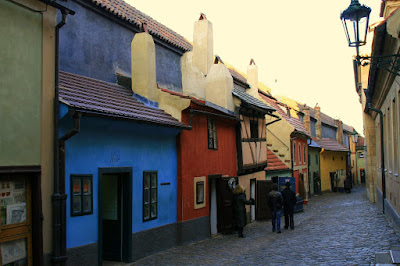 Shakespeare's sonnets - to read the plays is not so great, but seeing them in theater is great; I survived college Shakespeare by seeing all the plays in England at Stratford on Avon and the Barbican. But the sonnets - those i like.

Perhaps a better question - who or what is not a part of the milieu that prompts me to write...
I can and do read some of anything that passes my way, some i discard and some i hold for a particular time -- that explains so many boxes. Kerouac's "on the road" in the original scroll form, much better than the book all chopped in chapters. As a scroll it reads as though you are on the road, blowing and going and racing and smoking, the sex and the drinking and the trips down south to the bayous and to mexico ... that's a trip.
William Least Heat Moon's "Blue Highways."
Road trips.
Snatches of this and that, a smell, a feel, the way the light hits something seen a thousand times or never before, like a sun through a thuderstorm not yet arrived
"Leaves of Grass" at different times, maybe just a piece here or there.

Never have I sat down and read a book of poetry through and through, except for perhaps when I was very young I had a collection "A Gift of Watermelon Pickles" that I loved ... my grandmother made watermelon pickles and the book was read and re-read, at least once from cover to cover ... and yes, I know how to make watermelon pickles and i have to say they're among the best I've ever had.
But that's another topic.

I saved and bought that book and kept it for the longest time but god knows where it went to. It was freedom in that book. It was what I thought I wanted and knew I didn't, would never, have.

I don't know that I remember the first time I wrote anything ... mostly I don't remember very much at all ... but I do remember the first time someone read someting I wrote and it was ... it was terrifying.
I don't know the words of what I wrote and i don't know how it is that anyone came to read it but I'd rather it never happened ... except in the sense that who I am now depends on all the things that came before I guess it was a necesary thing, but I'd still rather -- if I'm being honest -- that it had never been written or read.
I don't know.

I was small and probably young too -- though young is not helpful in pinpointing events, I hardly ever know how old I was, but only small is what I remember. I had been canoing or on the water or I was thinking about it anyway because I remember on the water was the setting ... not the setting, but anyway what I wrote was about that, being out on the water. My mother got it, i don't know where ... i recall it was written on lined paper. Where her anger, her rage, the violence came from I don't know. I would have thought my brother went snooping and stole it to show her cause that's the kind of thing he might have done ... he taught me all the nastiest cuss words and beat me til I said them, calling him names and then when dad came home he'd tell on me and then it would repeat, only this time it's dad beating me until I repeated the words that i wouldn't have even known 'cept brother taught me them ... but I guess he was just surviving the best he could. Only one could get beat at a time.
But my brother had nothing to do with this ... I don't think.

My mother got it, the paper and for whatever reason she was as mad as I'd ever seen her. She asked him about it, the poem and where did I get it and whatever else she was screaming I don't recall ... but I think I remember my brother telling her to leave me alone and it was mine and I wrote it and the rest I don't remember, how it ended. I just recall the feeling, wishing I was dead and never wrote anything, not knowing what I did wrong.

Why would anyone be mad and hitting and screaming over something a dumb kid wrote that had nothing to do with them or with anyone or anything, for that matter? I never did figure it out. I never knew what it was she wanted me to say or what I did that was so bad.

Do I know where that one came from?
Do I know what made me want to write anything, much less that?
No I don't.
Did I keep on writing? I don't know ... probably not for a long time, as I found other ways, more acceptable, to keep shut up. When there is nothing felt there is nothing writ.
But then, after a time, I began again, still just as shut up as before, still as numbed as I could be, because even when I couldn't think and as hard as I tried to not feel it didn't always work, probably ... just because.
Writing has never been anything that i much make a conscious decision to do, it just happens.
But I still try to be careful what I call it, who sees it, and I might would disown it in a heartbeat if it would save me from having to justify whatever it is. 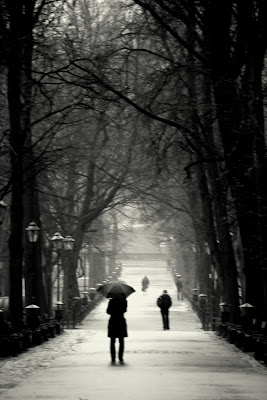 Labels: on poems, on writing

"When there is nothing felt there is nothing writ." Yes, for sure, but also when there's too much felt—and an uncertainty about who might should could read—there's also nothing writ. That also goes to the quickness to disavow it, to not have to justify it ... which, of course, you & none of use need to do. Just make it.