concerts with the kid, apropos of nothing

the last two yet to come -- never saw Dylan or Franti -- her leanings eclectic.
I never went to any concert with my mother, never even crossed my mind. Not him either. So I think it's kind of neat this kid who hates me half the time, refuses to talk to me thirty percent of the time, sees and knows my stupidity well over half the time ... this pretty smart and good in spite of it all kid would want to go to a concert with me. All of them all her idea, even preservation hall in NOLA.
But she's still mad I didn't "force her" to go to David Bowie -- he's old she said. But M, Willie's and BB are dead this year or next, Petty was so loaded he had a nurse on stage to help him light one up, Steve Winwood is just as old; let's not even think about how long Simon and Garfunkel and Elton John are hanging on. But whatever ... I guess she'll be gone more or less for good in less than 2 months, empty nest again, but at least this is closer than Poland and easier, faster, cheaper to go from here to there. And it's warmer too.
So i guess we'll see Franti, and then to Dylan, and one more to Willie -- hope it's not an end -- then off she goes, driven to the sunrise for another new beginning.
I wish I'd done better, been better, given her more, let her be more
I wish I knew now the things I didn't know then, so I could do it right, so she had every advantage -- not material or money stuff (though money for college is always a good thing) -- but the stuff that matters - all the personal strenghts, resources, knowledge, things no one can take, to let her know she's ready, that she can do it all no matter ...
Off she goes, on her way ... nothing to do; I could pray I guess but right now that seems a pretty pointless, helpless thing to do -- just as well I wish I did it right to begin with. 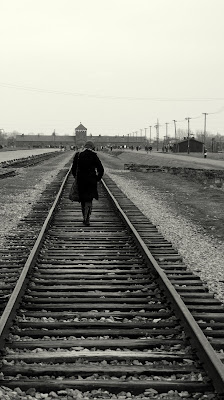