God is vengeful, merciful, subject to our whims? 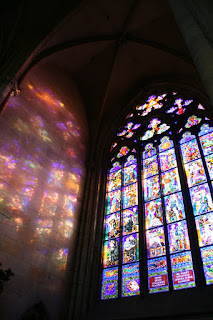 Psalm 72 "O God, give your judgment to the king; your justice to the son of kings; That he may govern your people with justice, your oppressed with right judgment, That the mountains may yield their bounty for the people, and the hills great abundance, That he may defend the oppressed among the people, save the poor and crush the oppressor."

What does this mean? Why would a kind and loving God of mercy and compassion crush anyone? In today's psychobabble one can come up with all sorts of reasons a man becomes an oppressor, invariable stemming from some childhood trauma. Not that I am discounting the effect that trauma can have on the shaping, even the survival, of a child, but we do grow up and must take responsibility. Does not God though have compassion for the fat little boy who was tormented and bullied and tripped up and bloodied by the cute, athletic boys at school, and by his father ashamed of his (real or imagined) effeminate tendencies? What is the nature of a monarch that reconciles it to any sense of natural justice? The monarch is above his subjects and we are so much dirt at his feet. He will be just so long as it suits his purpose and we support his wants and whims, but what king ever treated well all his subjects? Even the terminology in innately unjust - he is king, we are subjects; he is elevated, we are prostrate; he is well fed, peasants starve; he takes what he wants since he owns everything, and imprisons, tortures, sentences to death those who take even the little they might need to survive. Although the Bhutan monarchy was, by all accounts, not so bad but how many monarchs gauged their effectiveness by how happy his subjects and then abolished the monarchy believing in the long run the people would be better off learning to live in democracy? Not that democracy is all that great either -- there's more than enough misery in any democracy and plenty of folks willing to strip a man of every dignity and moral certainty he might have.
I just find it odd to pray to crush anyone, even an oppressor. Aren't we all of us oppressors at different times, some with more evil intent and hardened hearts and some acting more from fear or ignorance but oppressed is oppressed. Even more are we not own own greatest oppressors? In that sense then perhaps it could seem right to ask God to crush the oppressor, yet our personal oppressor is a part of what makes us human isn't it? Can you honestly say that you have never oppressed yourself? Maybe you oppressed this aspect or that desire or thought for reasons peculiarly your own, and maybe there are other things you will oppress based in whole or in part on other life experiences involving past abuses, fears, traumas. But even if we oppress ourselves, why would we ask God to crush the oppressor? If I ask God to destroy all desire and want of material things it seems to me a pretty lazy way to deal with things. Is it not better to have the oppressor and come to terms and deal with the oppressor with God's help than asking God to destroy the oppressor? Is it not better to want some things and learn the place of those wants than to ask God to remove all want just so I never have to deal with it? Asking God to take away want or to crush the oppressor seems like going to have all my teeth taken out tomorrow though they are in pretty good shape. True, if they were gone I wouldn't have to floss and brush but what a price to pay.
Posted by ms at 5:06 PM