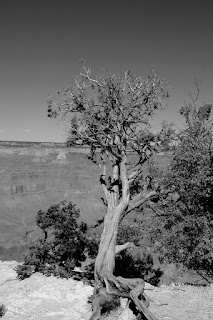 In his recent speech to the UN Prime Minister of Norway Jens Stoltenberg asked whether we are focusing on the truly essential, most serious issues of our times. He touched on many issues, from the world food shortage to climate change and maternal death rates. Pointing out that "leadership is called for" he wondered that there might be but a larger, decision-making crisis in the UN itself. "We have great institutional capacity. We discuss, we deliberate and we study. But we are too often unable to decide. Often, those countries, who want the least, those countries decide the most. Those who want the least change and progress, are able to slow us down and block decisions." This seems a natural segue into talk of the global financial crisis. Stoltenberg noted that "money doesn’t seem to be a problem when the problem is money." No, money is a problem when you don't have it and you can't get what you need without it. "Let us look for a moment on what is happening on Wall Street and in financial markets around the world. There, unsound investment threatens the homes and the jobs of the middle class. There is something fundamentally wrong when money seems to be abundant, but funds for investment in people seem so short in supply. The market mechanisms will not fund the schools in Afghanistan, the hospitals in Rwanda, the vaccines given in the slums and the ghettos."
So is this supposed to be news? I hope not - I'd hate to think we're so self-centered that we didn't already see these as problems. Here we're still recovering from Ike; piles of junk all over the place, blue tarps for roofs, crumbling, moldy houses. The closer to the water the more pungent the smell. Shreds of plastic grocery bags hanging everywhere, some deposited by waters and others blown there. At the same time, new construction spreads like a plague - ugly homes squeezed 2 and 3 to a lot and new strip centers rising next to empty ones.
To see and hear is not enough.
Money has become a weapon, a means of and reason for violence. We dishonor our better nature, we deny our identity as part of, and we lose all integrity by focusing on things, whether money or real estate or investment. We deal with each other as commodities -- what can you do for me? -- rather than on relationship. This life is distorted and I see no escape. I go to the rain forest and see not its remarkable beauty and diversity but only timber, coca, drugs, ores and other goods. Is this not elevating false gods, at least of a fashion?
What can one person do? I am not of them and do not do as they, but does that make me any less culpable? If I say nothing but live as technology and the century allows without regard to consequence I have made peace of a sort but it is not for the common good. But what can a single small person do? How do I remain in this world and acknowledge a higher calling?
Posted by ms at 5:52 PM